THE EVE OF NZ'S MORAL DIVIDE

Tomorrow historically marks the conclusion to months and months of passionate debate from all divides, and this country will finally decide upon the two referendums...whether they support, or not, the End of Life Choice Act and the Cannabis Legalisation and Control Bill. 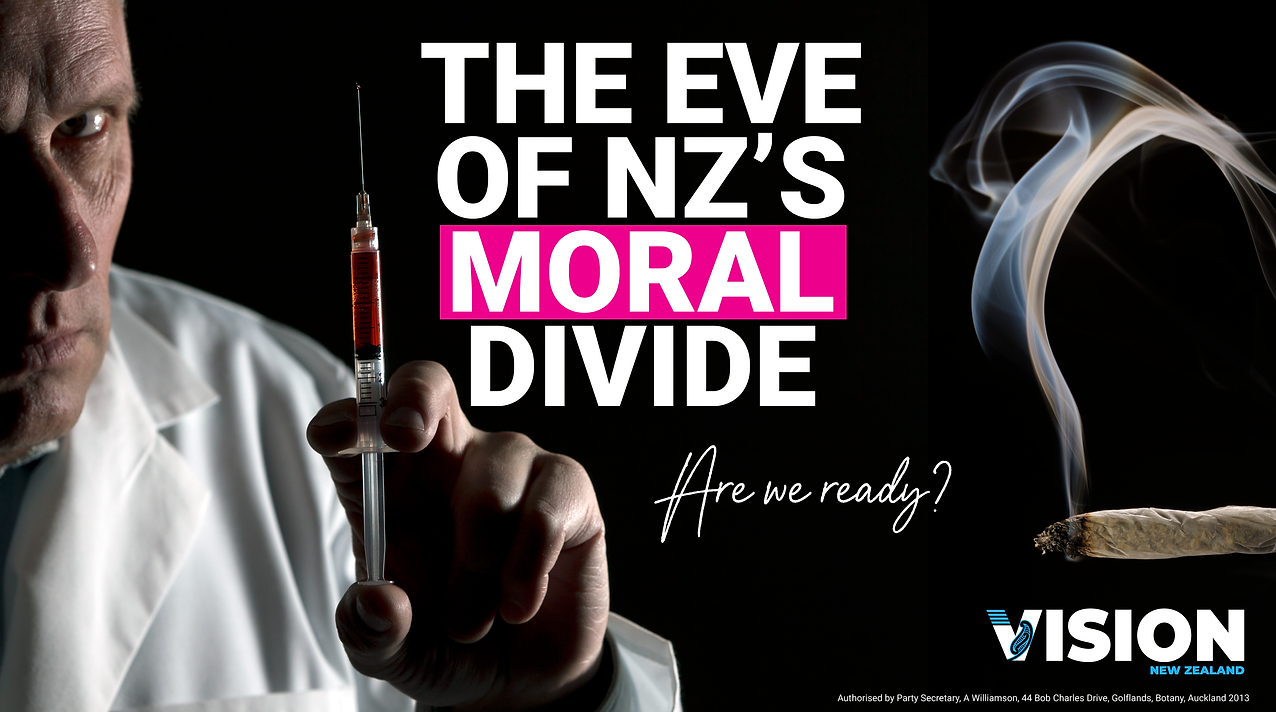 Tomorrow historically marks the conclusion to months and months of passionate debate from all divides, and this country will finally decide upon the two referendums...whether they support, or not, the End of Life Choice Act and the Cannabis Legalisation and Control Bill.

Hannah Tamaki says “Tomorrow we will witness the results of a country morally divided with these two referendums, and the beginning of the new era of the great moral divide. One half of the country will be sad, the other will be glad.”

“Once upon a time this country used to be very united in most moral issues, knitted together and underpinned by good Christian values, that unified our country. However, the introduction of liberal,socialist agendas in our government, along with open border policies allowing our country to be flooded with many faiths, now sees us facing the long-reaching ramifications of our moral decline.”

Hannah goes on to say, “It makes me sad to think of the disunity, and friction our next generation is going to face as a result of this generation’s inability to stay unified around the faith, morals and values that established this country. Such disharmony is going to lead to all manner of mischief over the next decades.”

“Where our country’s leaders and politicians should have fought harder to uphold our country’s moral standings, they have failed miserably, both in their private lives and on their public platforms. This present government ought to be ashamed of the coming disunity they have orchestrated.” Vision New Zealand have campaigned consistently regarding the fact this government are killing our babies, brains and bedridden. Vision New Zealand labelled the following three shameful bills, THE KILL BILLS:

Our party leader, Hannah Tamaki, is a woman of strong conviction, who is proudly Pro-life. She will fiercely defend the unborn, the elderly, the forgottens, the first people, the believers, the battlers (hardworking Kiwis) and the voiceless.With confidence, New Zealanders can know this election, that a vote for Vision New Zealand, is a YES Vote for Life, and a big NO to these Kill Bills!

Join Us And Make A Difference

Lorem Ipsum is simply dummy text of the printing and typesetting industry. Lorem Ipsum has been the industry's standard dummy